Ménière’s disease is an inner ear disorder that causes fluctuating hearing loss, tinnitus, vertigo and fullness or pressure in the ear. It is the result of excess fluid in the inner ear. 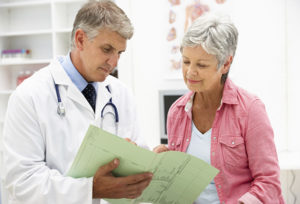 The exact cause of Ménière’s disease is unknown. It is believed to be associated with a dysfunction of the endolymphatic sac, an organ responsible for regulating the volume and pressure of fluid in the inner ear. Various theories point to circulation disorders, viral infections, head trauma, allergies, migraines and obstructions of the ear canal as possible causes.

It is estimated that Ménière’s disease affects about one out of every 1,000 people, with most patients between the ages of 40 and 60.

What Are the Symptoms of Ménière’s Disease?

People with Ménière’s disease suffer progressive attacks that are often characterized by warning signs in advance. These include loss of balance, dizziness, headache, increased hearing loss and/or tinnitus, sensitivity to noises, and pressure in the ear. During the attack, you may experience episodes of severe vertigo, fluctuating hearing loss, fullness in the ear, and tinnitus. These symptoms may be accompanied by anxiety, blurry vision, nausea, vomiting, trembling, rapid pulse, and diarrhea.

Afterwards, exhaustion often sets in, leading to an increased need for sleep. Attacks may be brief, lasting for as little as 20 minutes, or may persist for as long as 24 hours. Their frequency is unpredictable and sporadic; they may occur several times a week, or as little as once every few years. Due to the unpredictable nature of this disease, it’s impossible to tell just how much it will affect your life.

How Is Ménière’s Disease Treated?

Because the symptoms of Ménière’s disease resemble those associated with other conditions, we will need to perform hearing and balance tests in order to make a diagnosis. An audiogram will show hearing loss in the low tones, a key indicator of Ménière’s disease. In some cases, imaging scans or blood tests are ordered.

Medical options for treating Ménière’s include motion sickness and anti-nausea medications, diuretics, an antibiotic called Gentamycin, and oral or injectable steroids. These, coupled with a low-sodium diet, can help prevent dizziness or reduce the severity of attacks. Other lifestyle remedies include limiting caffeine, alcohol, chocolate and monosodium glutamate from your diet; drinking six to eight glasses of water per day; quitting smoking; avoiding allergens; and reducing stress and anxiety.

Individuals who experience severe attacks and are unable to find relief from other treatments may have success with surgery. Procedures that have proven effective include an endolymphatic sac procedure to drain fluid from the inner ear, a vestibular nerve section to cut the nerve that connects the ear and brain to eliminate dizziness and preserve hearing, and a labyrinthectomy to control dizziness.